Shooting single-handed is one of the most overlooked and undertrained pistol skills. In this month’s article, we’re going to take a look at techniques you can use to increase both your accuracy and speed when shooting a pistol with only one hand. Finally, we’ll put your skills to the test with a drill designed to improve both your accuracy and safety.

One of the primary considerations when shooting a pistol one-handed is trigger control. Absent a supporting hand, all trigger errors will be amplified significantly. For this reason, a focus on pulling the trigger straight to the rear is of vital importance. It’s very common to see shots go left when shooting with the right hand only, and vice versa with the left hand. This almost always directly relates to the shooter’s failure to function the trigger on-axis with the barrel.

The next consideration to shooting one-handed is the increase in both muzzle flip and recoil. To counter and manage this additional recoil, I’ll position my stance so that the firing side foot is forward. I’ll place up to 75 percent of my weight forward on this foot, with my knees well bent, and leaning forward at the waist. This stance and posture will improve your recoil management and ultimately result in faster follow-up shots.

Experiment with the amount of bend in the firing arm elbow. Shooters with decreased body strength may find it advantageous to lock the elbow. I find it works better for me to hold the gun upright, while others prefer to tilt the gun towards the non-firing side. This is one of those aspects that is shooter-dependent and I recommend you find what works best for you.

Now let’s put your single-hand shooting to the test with this month’s drill. You’ll need a single target and four fault lines. The first position will be 10 yards from the target, with three yards separating each additional firing line. Use a prop of some type to “occupy” your support hand. I’ll typically run this drill in retreat and alternate the direction I turn to acquire the next position. I find this adds difficulty and allows me to work on muzzle awareness and discipline.

Until next time, train smart and train safe!

Along with the grip, the stance is a key element in building the foundation of your pistol shooting. A good stance will allow you to… 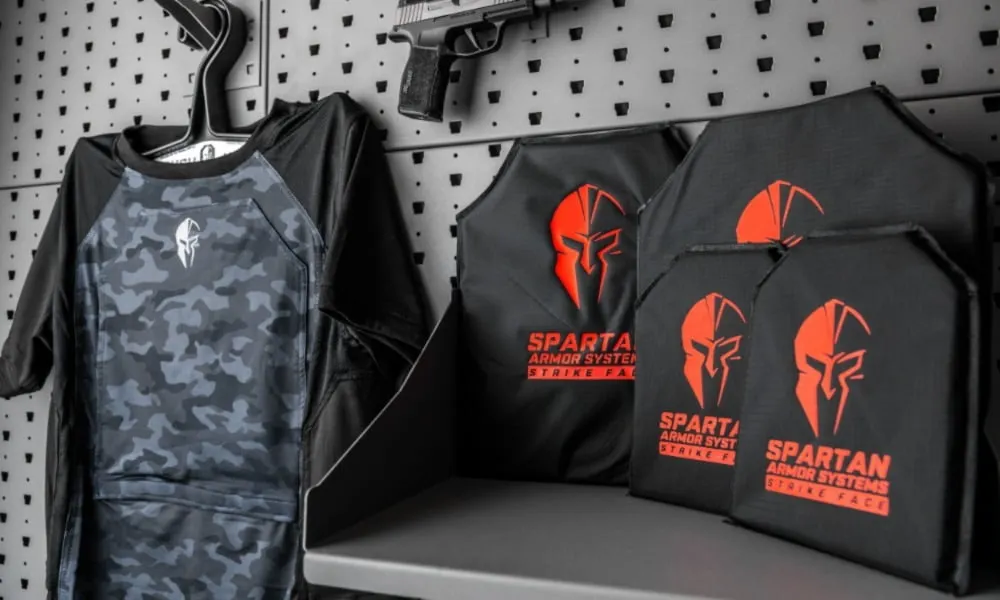 Spartan Armor Systems® has been an industry leader in body armor for over a decade, pushing the limits of protective gear to fit everyone’s needs…