Based on the wildly popular MCK GEN 1 and 2 Conversion Kits, the MCK GEN3 is the ultimate combination of engineering innovation AND customer feedback.

Pompano Beach, Fla. (March 2022) – CAA USA, designers, and developers of the world-famous MCK/Micro Conversion Kit, is pleased to inform its loyal and new customers that the latest generation of the MCK, incorporating all the latest technologies and wish-list features, is now available in the new MCK GEN3.

Dynamic new features on the MCK GEN3 include:

LTC. (Ret.) Mikey Hartman, CEO of CAA USA, explained the thought process behind the new MCK GEN3 Conversion Kit. “Each new generation MCK we make we try to incorporate intelligent suggestions that we get from our loyal customers and fans: the MCK GEN3 was no different.  The fact that not only can you now insert your handgun with a red dot slide mounted optic, but you can also aim with it via the MCK, there will be no need to disassemble your optic as you had to do in previous generations.  The internal cleaning mechanism along with the dual folding Stabilizer/Stock make the Gen 3 the best conversion kit we ever have made.”

One of the top items on the MCK wish list was a way to keep the red dot optic integrated on the pistol while incorporating it into the conversion kit. The MCK GEN3 chassis not only allows a seamless and perfect fit of the optic-mounted pistol, but the user will not have to zero the optic when using it with the conversion kit. Simply insert, lock, and the user is ready, pistol-mounted optic and all.

Another common concern was the fouling of the slide during operation and the need to remove the pistol for cleaning more often than desired. CAA’s engineers and designers have come up with a brilliant solution, the CAA “Car Wash System.” Similar to drive-through car washes, the built-in pistol cleaning system uses a brush/bristle system to clean the front of the slide during cycling, removing carbon build-up, without damaging the slide’s finish.

Speaking of cleaning, the new front adaptor now shields the internal parts of the MCK from any carbon build-up. Plus, the adaptor is easily removed for cleaning.

While the stabilizer/stock on the MCK Conversion Kits is unique and the best in the nation, CAA’s left-hand customers weren’t being serviced. Now, the stabilizer/stock on the MCK GEN3 is ambidextrous, folding either right or left, and can be fired while folded for immediate response to a threat. The MCK GEN3 stabilizer/stock not only folds left or right but also adjusts in height. Two height options are available: one (lower position) option for using when shooting with an RMR/slide-mounted optic, and two (upper position) when employing any type of red dot/optic on the top of the Picatinny rail.

Additional new features found only on the MCK GEN3 include a new charging handle system that uses a backplate adaptor, thus negating the reliance on the slide serrations to cycle the handgun; removable rear and front top Picatinny rails that allow the user to better customize their MCK GEN3 chassis; and an improved spare magazine holder that operates with a magazine catch and magazine release button.

“The MCK GEN 1 and 2 took America by storm,” Hartman continued. “We will continue to bring new models to the market every two months while continuing to maintain the title of the most popular handgun Conversion Kit in the world!”

CAA USA is a designer, developer, and distributor of modern tactical accessories, optics, and handgun conversion kits targeting the Armed Forces, Law Enforcement, and firearm enthusiasts across the globe. CAA USA’s famous conversion kit, the MCK/Micro Conversion Kit, has taken the country by storm with models for Glock, Sig Sauer, Smith & Wesson, Springfield, CZ, and Taurus as well as the upcoming H&K. This made-for end-user conversion kit allows you to increase your accuracy and is an overall fun range tool.

The post Could the MCK Conversion Kit Get Any Better? Meet the MCK GEN3 appeared first on Laura Burgess Marketing.

CAA USA MCK (Micro Conversion Kit) is available for over 120 handgun models from GLOCK to Springfield, SIG SAUER to Smith & Wesson, CZ to… 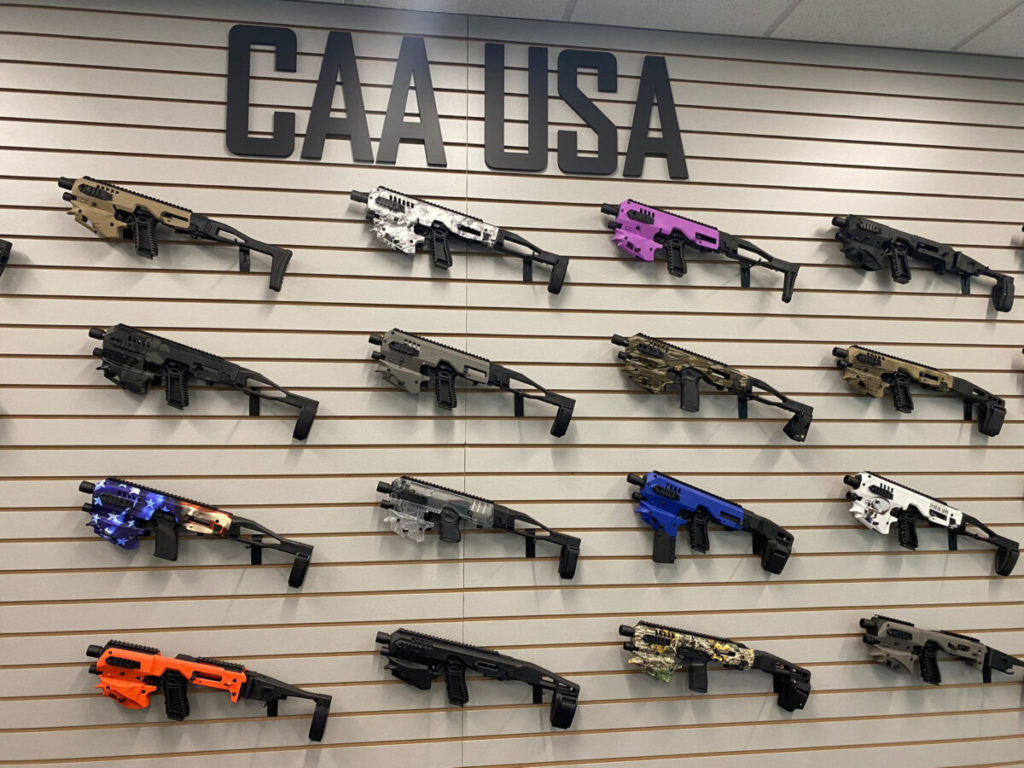 The overwhelming success of the CAA USA MCK (Micro Conversion Kit) which takes popular handguns to the next level, has contributed to a natural evolution…