Comer, Ga. (February 2022) – MasterPiece Arms (MPA), manufacturer of precision Pistol, BA Rifles and Chassis Systems, is honored to have been named the Official Chassis of the 2022 Precision Rifle Series (PRS) Season. This is the sixth consecutive year that MPA has been named the Official Chassis of the PRS. MPA will also sponsor multiple PRS Regional 1-Day matches throughout the year and several Pro Series matches, including the MPA Spring Shootout, the MPA Summer Shootout, and the MPA Fall Shootout, which have proved to be some of the more popular PRS Pro Series matches in the past.

“It is an honor to be named again as the Official Chassis of the PRS. Whether a person uses our products in the field hunting, on-the-range training, or during competition, we always want to provide them with a top-notch product. As the years go by, technology advances, and our customers have provided feedback on what they want to see out of our products. We always have our ear to the ground so we can continue to innovate and provide our customers with the best precision-made rifles and chassis on the market,” commented Phil Cashin, owner of MPA.

The recently announced MPA Matrix Professional Chassis is the next generation of the most revolutionary chassis ever produced. The MPA Matrix Pro Chassis features integrated comp side rails that provide an incredibly stable platform when shooting in an improvised position using a bag for primary support. It also offers each shooter a series of unique plates that are mounted in front of the magwell which can protect the magazine during positional use, enhance stability for shooting positional with a rear bag, and give the shooter multiple options to suit his or her specific shooting style and technique. Not only does the Matrix Pro Chassis utilize a unique internal and external weight tuning system, but the chassis design itself has also been redesigned, including a larger hole in the buttstock, while the buttstock itself is thinner, to shift weight from the buttstock to the chassis forend. The Quick Release Bag Rider offers an adjustment to the height of the rear bag rider with a simple press of a button. The Matrix Pro Chassis can handle large straight profiles with its new 1.350 channel diameter without modifying the chassis. MSRP ranges from $1,550 – $1,800. 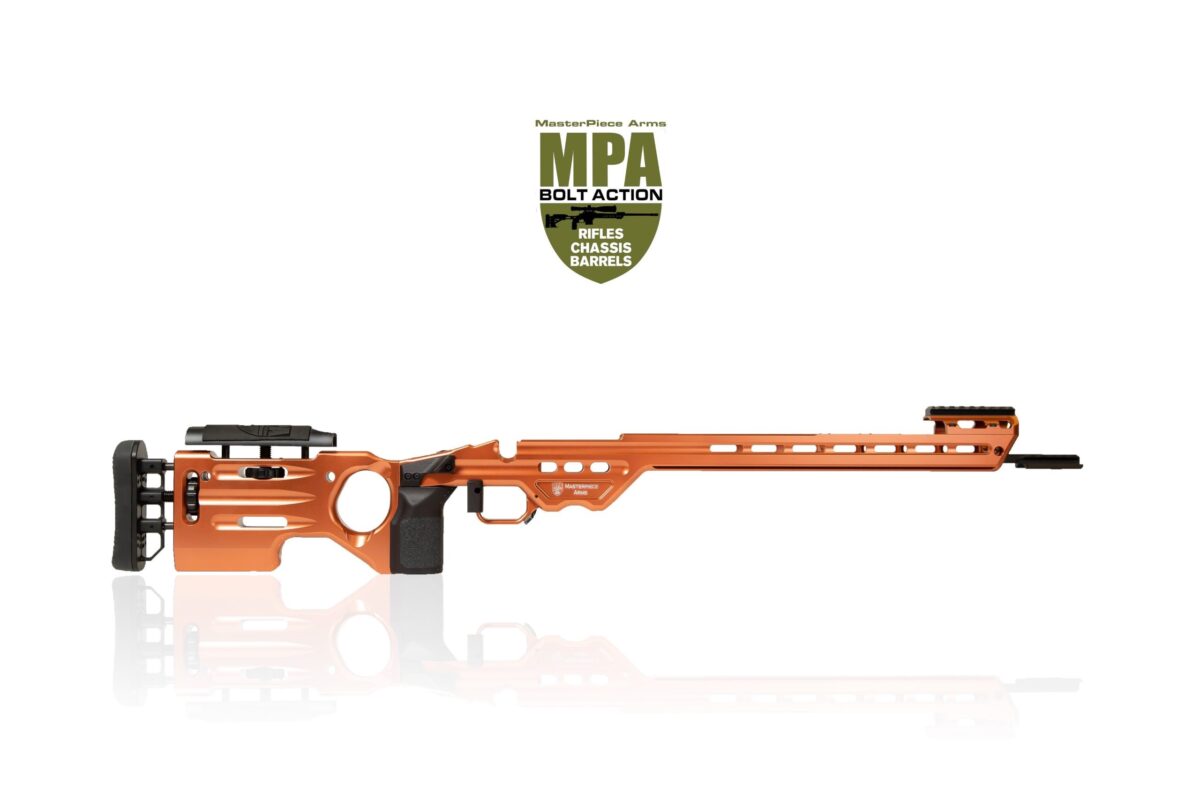 The MPA Matrix Chassis, introduced in the fall of 2019, has quickly become a favorite chassis of PRS competitors. It features a multitude of configurations in grips, thumb rests, and trigger finger supports. The primary interface between the shooter and the rifle (the grip) has over 100 different options. The MPA Matrix Chassis features six different grip options (three swept and three vertical), three different thumb rest designs, and four different trigger finger support options. It also has M-LOK slots along the side of the chassis forend and barricade stop holes along the bottom of the forend. The forend of the chassis is two inches longer than the standard BA or BA Competition Chassis. MSRP ranges $1,350 – $1,550.

The MPA BA Competition Chassis is MPA’s highly successful full-size chassis. It is specifically designed to give shooters a competitive advantage when shooting in long-range tactical rifle competitions, such as the PRS. It can be a drop-in replacement for Remington 700 footprint actions, as well as Tikka, Howa, Savage, and a variety of other inlets. Whether interested in increasing the accuracy capabilities of an existing action, adding tactical features to a rifle, or building a precision rifle for long-range competitions, this chassis is sure to exceed expectations. It is also a great option for a variety of other applications in which accuracy, versatility, adjustable fit, and durability are desired. MSRP ranges from $1,075 – $1,225.

MasterPiece Arms continues to keep the PRS competitive shooter in mind with its BA PMR (Precision Match Rifle) Pro Rifle II, which is designed specifically for the Production Class requirements of the PRS, keeping in mind the price threshold of $2,500. This is an approved rifle for the Production Class of the PRS and includes many competition-related features for only $2,499.

The PRS is the preeminent rifle organization in the world, structuring a yearly point race for both the PRS Pro Bolt Gun Series and the PRS Regional Series. The PRS Championship Shooting Series is synonymous with precision rifle shooting. The PRS is home to countless competitors, including 6,000 active PRS shooters with scores being tracked. The PRS unites the 40 most renowned national pro series precision rifle competitions and continues to expand the PRS Regional Series, which hosts hundreds of one-day matches from coast to coast. The influence of the PRS, with more than 1,000 professional-level competitions and growing global presence, extends in every conceivable direction inspiring the precision rifle community at its grassroots, hometown level

For more information on MasterPiece Arms and their product line of rifles, chassis systems, pistols, and accessories, visit www.masterpiecearms.com. To find out the latest delivery and lead times for all MPA bolt action rifles and chassis, please click here.

MPA engineers test and retest our weapons to provide customers with one of the most enjoyable guns available. With versatile uses, such as personal and home protection, competitive shooting, long-range shooting, hunting, and tactical interests, MPA products are one of a kind and backed by a lifetime warranty for original owners. Learn more about MasterPiece Arms products at www.masterpiecearms.com or call 866.803.0000. 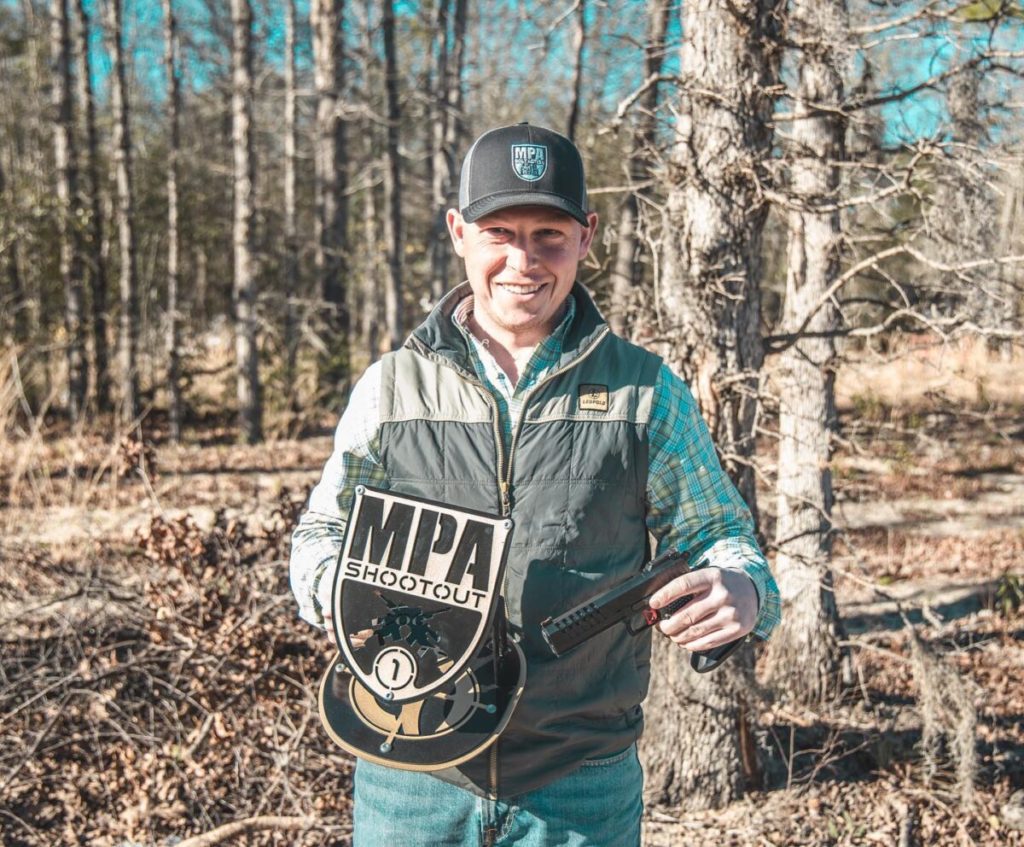