ASP’s trainers travel around the world teaching the company’s sought-after integrated baton, handcuff, and tactical light instructor courses. What makes the ASP program unique is that it is provided to qualified officers and agencies completely tuition-free. And this, according to Alien Gear, is what got the holster company’s attention.

“We are passionate about officer safety and about never letting money be an obstacle to getting the best possible training,” said Alien Gear COO Sandi Little. She continued by saying Alien Gear has a similar free training program for police departments looking to adopt their level 3 retention holsters.

ASP Vice President of Sales, Daryell Harmon, said that ASP has strict safety rules, including a requirement that duty weapons be replaced with the company’s well-known inert Red Guns in the training environment. “Our Trainers appreciate great equipment,” Harmon remarked, “so we approached Alien Gear to see if they might want to work with us to put the safest, most advanced holsters on our duty belts.”

Alien Gear was immediately receptive to the idea, both because they shared ASP’s training and safety philosophy, and because they appreciated the value of having ASP’s trainers in front of thousands and thousands of officers each year. “The exposure is great, though this is really not about sales,” says Little. “It’s about two friendly, like-minded companies sharing a mission of taking care of our law enforcement officers.” 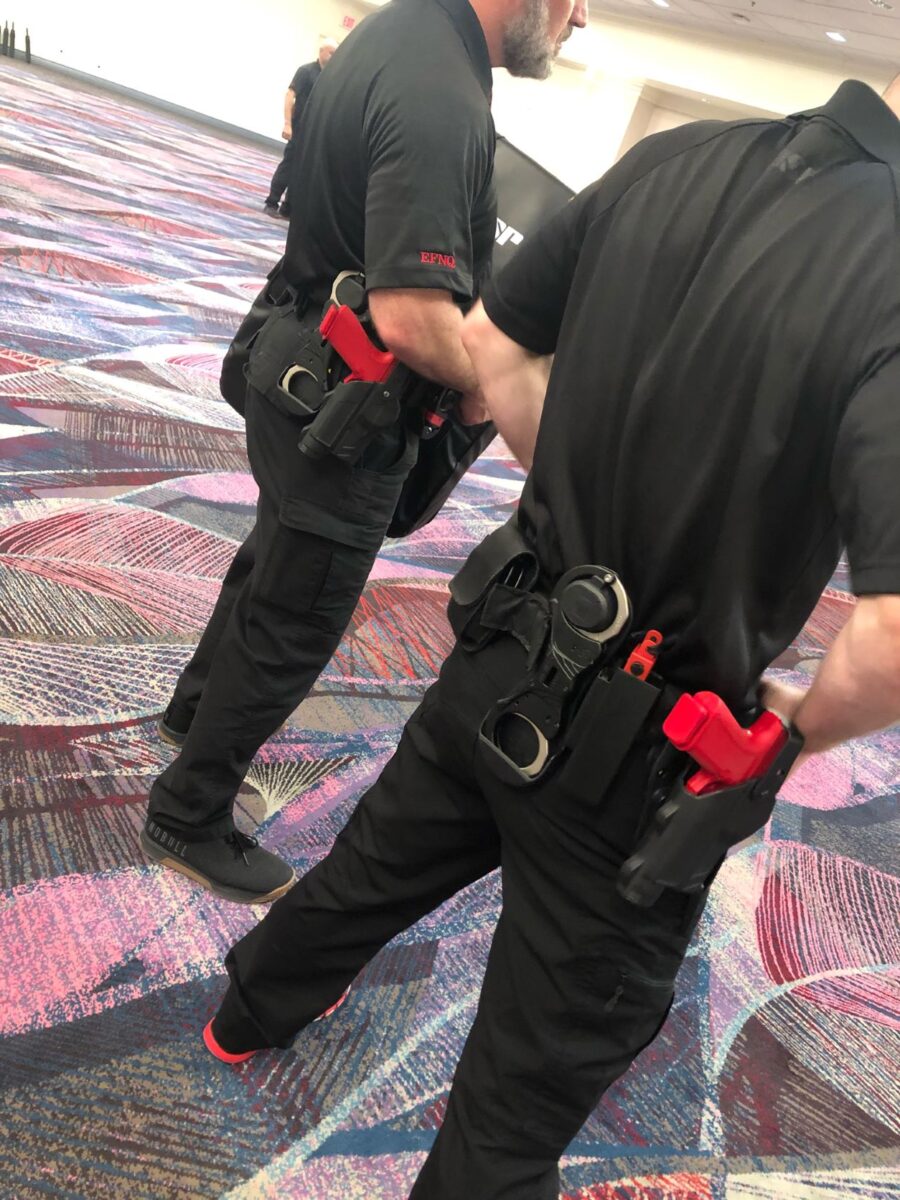 “Increasingly, we are receiving more requests from agencies across the country to purchase our Rapid Force duty holsters. Working with law enforcement trainers, such as our partnership with ASP, allows police officers in training to see and feel the superior performance and security our holsters provide,” Joe Lienemann, Alien Gear Holsters’ Director of Law Enforcement Sales, explained. “As a law enforcement officer, myself, the simplicity and security of the Rapid Force duty holster line provides peace of mind knowing that your duty holster will perform as required.”

) retention control system allows the user to draw consistently with a perfect grip, even under stress. The Rapid Force Duty Holster has been thoroughly tested in extreme environments and under extreme conditions so that it has been referred to as a “tank” of a holster, able to withstand anything thrown at it. The Rapid Force Duty Holster is available in four configurations: Belt Slide, Paddle, MOLLE, and Drop Leg.

Alien Gear Holsters, a division of Tedder Industries, is based entirely in the United States and manufactures everything exclusively from their facility in Northern Idaho. Founded in 2013, Alien Gear Holsters are the most comfortable concealed carry holsters on the planet. Any planet. Alien Gear Holsters manufactures durable leather and lightweight neoprene composite holsters complete with fully swappable, plastic shells that are interchangeable with any inside and outside the waistband gun holster styles.

Duty Holsters protect the firearms of our First Responders. Engineered to meet the needs of active law enforcement and military service members, Rapid Force features a secure Level 2 or Level 3 retention, a fast and intuitive draw, and are extreme durability.

Using state-of-the-art 3D modeling, precision injection molding, and specially blended polymers, Alien Gear Holsters can repeatably produce top-quality holsters, made entirely in the USA, for much less than other tactical holster brands can produce. Alien Gear is proud to employ military and law enforcement veterans, competitive shooters, and firearms enthusiasts to ensure that our mindset matches yours.

About ASP “Protecting Those Who Protect”:

ASP is a leading manufacturer and supplier of Batons, Restraints, LED Lighting, OC, and Training products to the law enforcement industry. The company has stood for innovative designs, flawless function, and an unmatched standard of service since Kevin Parsons, Ph.D., founded the company in 1976. ASP holds more than 150 product patents and provides almost $2 million in free training each year to law enforcement professionals. ASP is ISO 9001:2015 certified, ANSI FL1 compliant, and is a founding member of the Portable Lights American Trade Organization (PLATO). All products are designed in the United States. www.asp-usa.com

The growing line of Rapid Force duty retention holsters will be on display at the WLLE Training Symposium Sept. 12 – 14, 2022, in Anaheim,…