The new Roswell appendix carry and OWB holster line from Alien Gear® is designed with a minimalist approach for peak performance.

“We at Alien Gear are always innovating,” Shawn Hostetter, CEO of Alien Gear Holsters, commented. “And we listen to our customer base. With a growing number of citizens carrying all day, whether on the job or for personal protection, holsters need to become even more concealed without sacrificing comfort, access, safety, and affordability. Our new Roswell line incorporates all of that and more. These appendix-carry holsters are super light and thin, yet very strong. You get all the security, comfort, and performance you’ve come to know with Alien Gear Holsters in our new Roswell line, designed especially for those that like to carry appendix-style.” 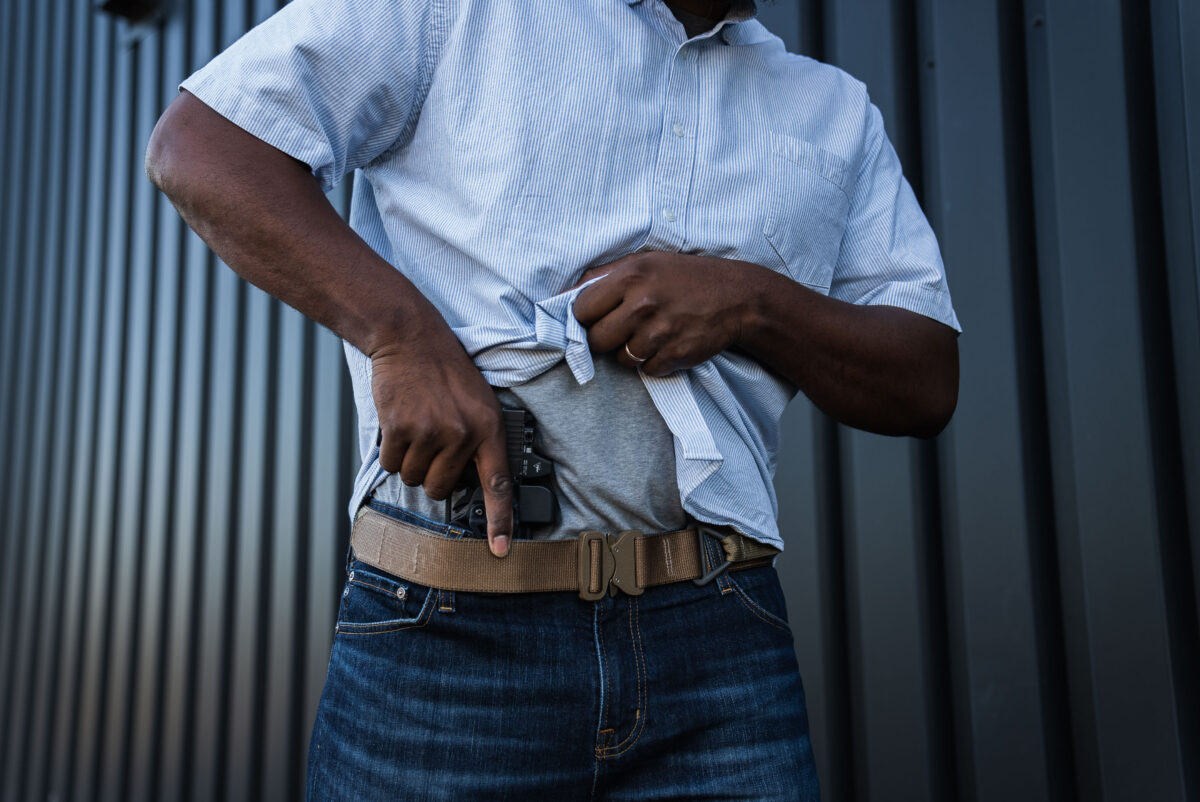 The Roswell AIWB and OWB holsters are designed to be better than traditional Kydex “full-wrap” holsters in every way. Each Roswell holster is made from a proprietary injection-molded polymer that is 20 percent lighter, 40 percent tougher, and 80 percent more heat resistant than other molded holsters, and guaranteed to be the most concealable, better than Kydex holster you’ve ever worn. The included claw and wedge kit ensures the Roswell AIWB stays comfortable and close to the body, and the optional MRDS hood protects your optics.

Alien Gear Holsters’ new Roswell AIWB and OWB series are available for 20 manufacturer models, right or left-hand draw, for an MSRP under $40.

Alien Gear Holsters uses only the best materials for their holsters, including the new Roswell line of AIWB holsters. Each component is tested for durability and resilience. The Alien Gear Holsters Roswell series holsters included a Forever Warranty and a 30-Day Test Drive to ensure 100 percent satisfaction.  Each product is made in the USA at our factory in Northern Idaho.

Alien Gear Holsters, a division of Tedder Industries, is based entirely in the United States and manufactures everything exclusively from their facility in Northern Idaho. Founded in 2013, Alien Gear Holsters are the most comfortable concealed carry holsters on the planet. Any planet. Alien Gear Holsters manufactures durable leather and lightweight neoprene composite holsters complete with fully swappable, plastic shells that are interchangeable with any inside and outside the waistband gun holster styles.

Using state-of-the-art 3D modeling, precision injection molding, and specially blended polymers, Alien Gear Holsters can repeatably produce top-quality holsters, made entirely in the USA, for much less than other tactical holster brands can produce.  Alien Gear is proud to employ military and law enforcement veterans, competitive shooters, and firearms enthusiasts to ensure that our mindset matches yours.

The growing line of Rapid Force duty retention holsters will be on display at the WLLE Training Symposium Sept. 12 – 14, 2022, in Anaheim,…

To show its support of the military, law enforcement, and first responder community, Alien Gear Holsters® is pleased to offer a 15 percent discount on…